Korean drums play an important part in traditional Korean music, ranging from folk music to royal court music. There are a wide variety of shapes and sizes, for use both in accompanying other instruments and in special drumming performances.

In the traditional Korean classification of instruments, drums are grouped with the hyeokbu (혁부, 革部), or instruments made with leather. A notable class of these leather drums are Korean barrel drums

During the Joseon period, many types of drums were used for the royal court music, including the janggu, jwago, yonggo, gyobanggo, jingo, jeolgo, nogo, and others. Among these, the jangguwas also used for folk music, and later became the most commonly used drum used in Korean music.

Samulnori is a percussion performance assembled with four instruments: Swae, Janggoo, Buk, and Jing. Samulnori originates from humble villages where farmers would come together and play drums for recreational purposes after a long day out on the fields.  Each of the four instruments symbolize an aspect of nature, specifically relating to the harvest season: Swae is lighting, Janggoo is rain, Buk is clouds, and Jing is the wind. 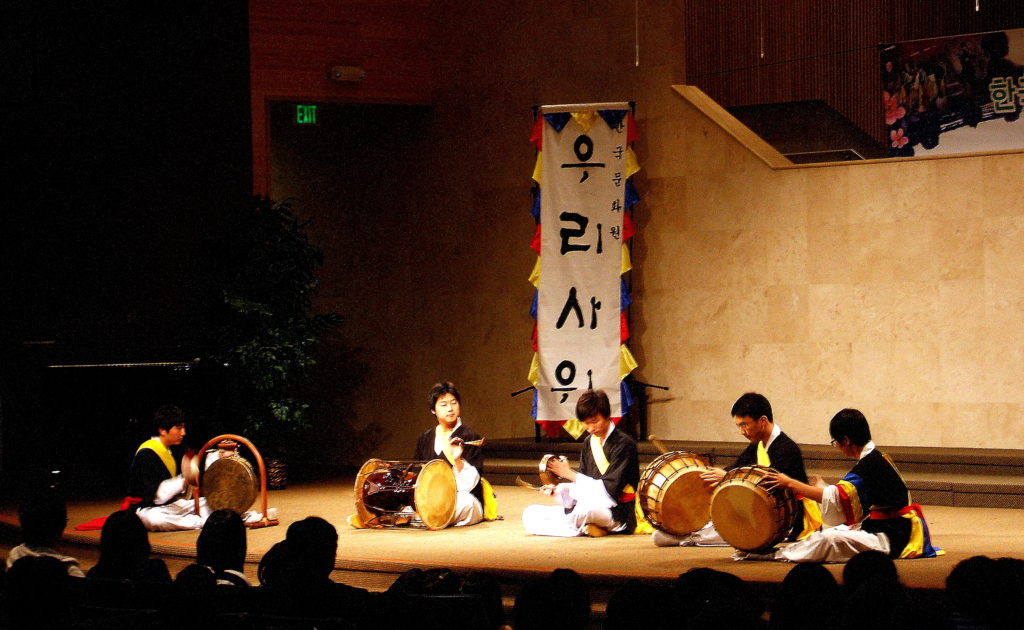 Samgomu (Three-drum dance) derived from one of the oldest traditions of Buddhist drum dance. The dancer is centered with three drums surrounding her. Various drumming techniques and dance movements are joined together to create a harmonious dance.

Samgomu starts slowly and gradually leads to dynamic and exciting rhythm. Among all the drum dances of Korea, samgomu is known to display the most dynamic and grandiose dance movements. 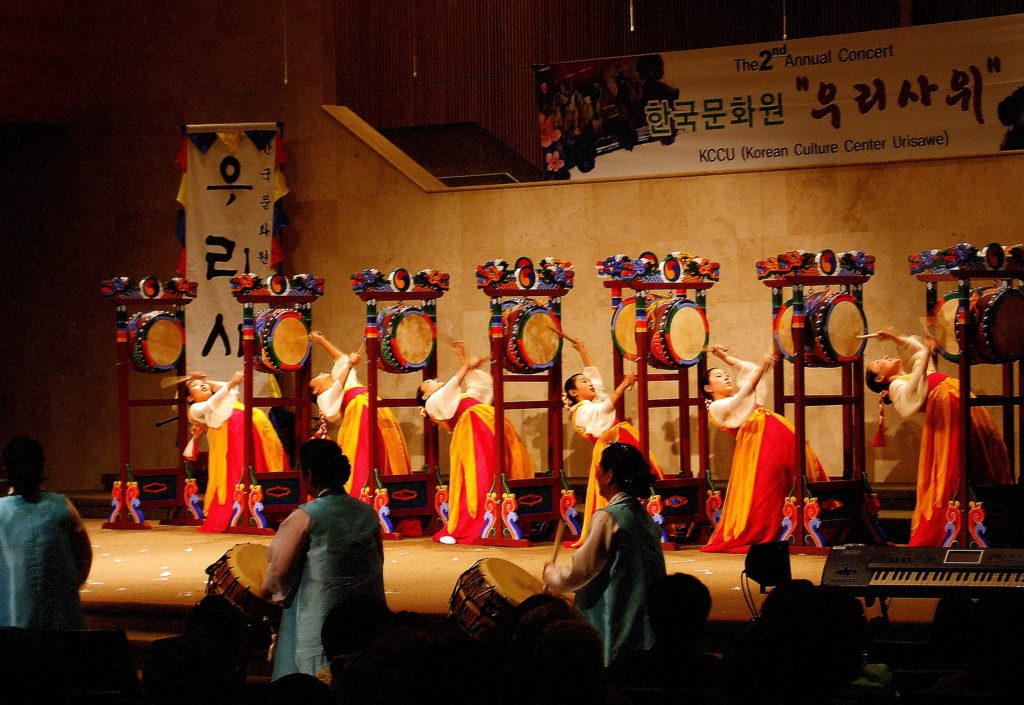 Sorichume is a modern Korean dance performance in which a large variety of Korean instruments and dance pieces are integrated and orchestrated into one grandiose performance.

Busking Nori is an original project developed by Me Sook Ko and Halim Ko. The story consist of two Korean natives traveling across the world and encountering different cultures and arts. Busking Nori is a theatrical performance consisting of dance, drums, and more. 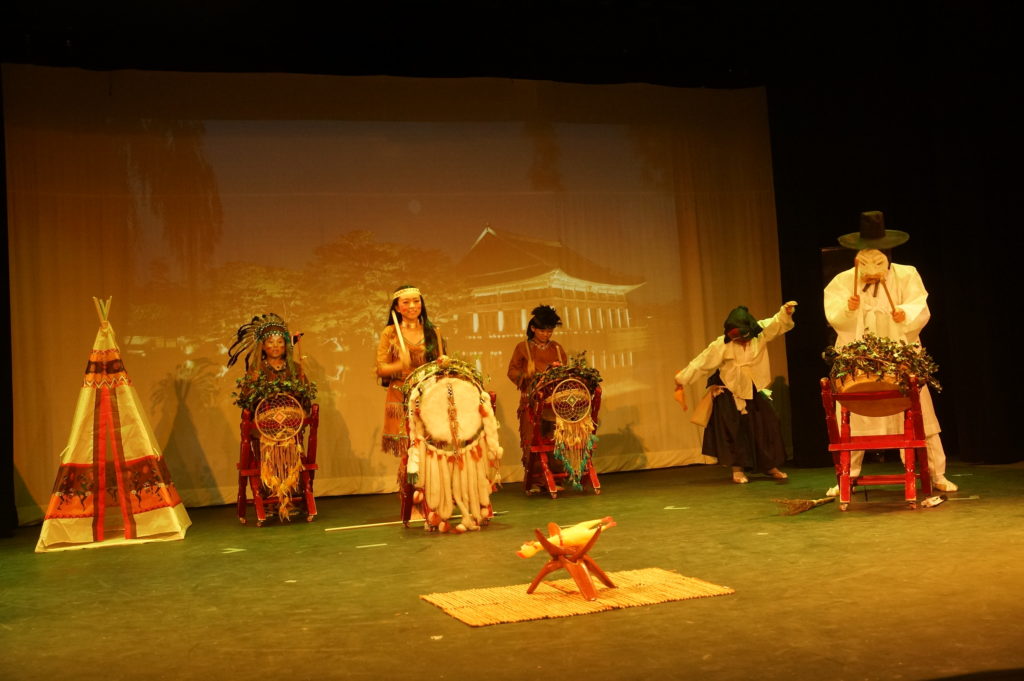